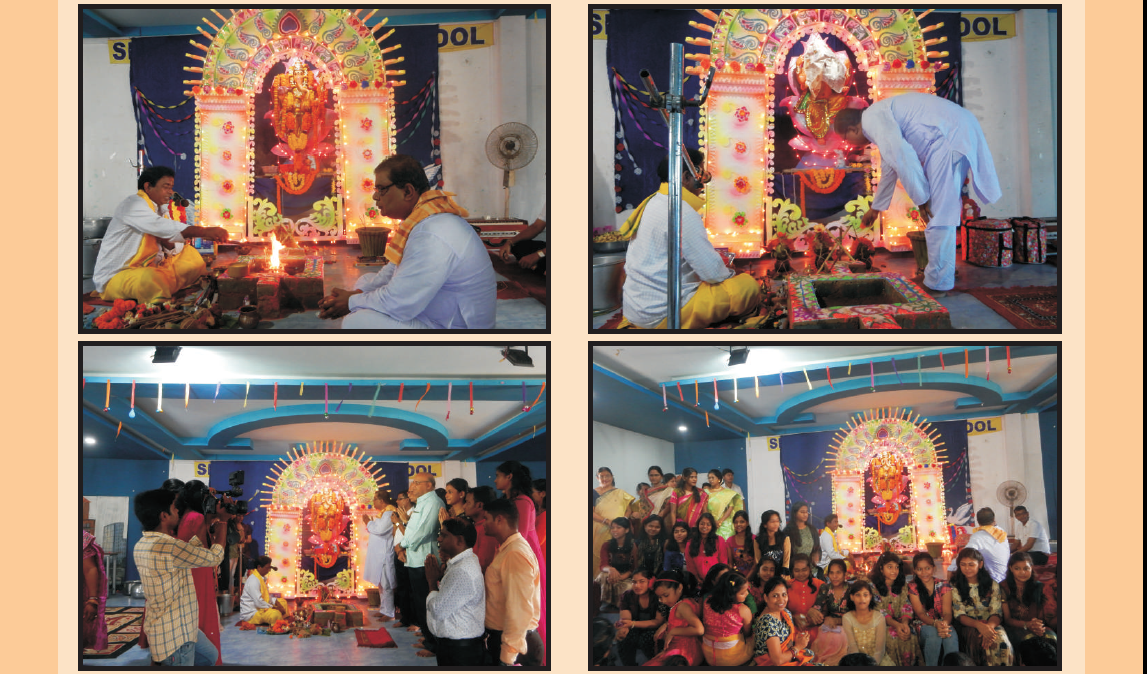 India is a land where festivals of various kinds are celebrated throughout the year. These festivals add beauty, fun and mirth to our lives. Our school is no exception to it. Here at SBDIS, different festivals are celebrated to give our students a feel of the socio cultural and religious diversity of our land. We celebrate-

Mother's Day: Mother's Day is a celebration honoring the mother of the family, as well as motherhood, maternal bonds, and the influence of mothers in society.

Ratha Yatra: Ratha Yatra, also referred to as Rathayatra, Rathajatra or Chariot festival is any public procession in a chariot.

Idd: Eid al-Fitr is an important religious holiday celebrated by Muslims worldwide that marks the end of Ramadan, the Islamic holy month of fasting.

Rakhi Purnima: Raksha Bandhan celebrates the bond between brothers and sisters.It is celebrated on the full moon of the Hindu month 'Shravana'.

Janmashtami: Gokulashtami, is an annual Hindu festival that celebrates the birth of Krishna, the eighth avatar of Vishnu

Teacher's Day: Teachers' Day is a special day for the appreciation of teachers, and may include celebrations to honor them for their special contributions in a particular field area

Ganesh Puja: Ganesh Chaturthi is a Hindu festival celebrating the birth of Ganesha. A ten-day festival, it starts on the fourth day of Hindu Lunisolar calendar month

Dusserah: Dussehra (Vijaya Dashami, Dasara, or Dashain) is a Hindu festival that celebrates the victory of good over evil. It is a gazetted holiday in India

Diwalil: Diwali, or Deepavali, is the Hindu festival of lights, which is celebrated every autumn in the northern hemisphere

Children's Day: Children's day (also known as Bal Divas) in India is celebrated every year on 14th of November to increase the awareness of people towards the rights, care and education of children

Rasha Purnima: Sharad Purnima is a harvest festival celebrated on the full moon day of the Hindu lunar month of Ashvin, marking the end of the monsoon season.

National Law Day: The National Law Day-2017 will be celebrated jointly by the Law Commission of India and NITI Aayog on 25th-26th November at Vigyan Bhawan in the capital

Human Rights Day: December 10 is Human Rights Day, a United Nations (UN) campaign that calls for people to know and push for their rights no matter where they are in the world

Youth Day: Youth Day is an awareness day designated by the United Nations. The purpose of the day is to draw attention to a given set of cultural and legal issues surrounding youth

Republic Day: Republic Day honours the date on which the Constitution of India came into effect on 26 January 1950 replacing the Government of India Act as the governing document of India

Science Day and many more: National Science Day is celebrated in India on 28 February each year to mark the discovery of the Raman effect by Indian physicist Sir Chandrashekhara Venkata Raman on 28 February 1928.