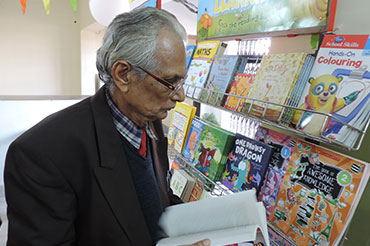 A renowned educationist and Short-Story writer, has a long and chequered career as a teacher of English and a writer of eminence. After serving as a teacher of English in different Government Colleges of Odisha and in various capacities, he became first the Principal of N.C. Autonomous College, Jajpur & then Bhadrak Autonomous College, Bhadrak from where he retired in 2000. After his superannuation, he joined D.P.S English Medium School, Bhadrak and served there for 4 years. His immense contributions to the development of Bhadrak (Auto) College and N.C. (Auto) College, were recognized by all. As a man of letters, linguist and phonetician, he visits many educational institutions and cultural organizations to give talks on literature, language teaching and Spoken English. A ceaseless crusader and worker, he believes in positive action, which as he often says, is life.

A native of Chennai, Mr. G. Thangadurai had his formal education in a Jesuit school in Bihar. He graduated from University of Madras and obtained a postgraduate degree in English and later a post graduate degree in Economics. He has also obtained a Post graduate degree in Education and a PG certificate in teaching of English from the Central Institute of English and Foreign languages, Hyderabad. He also successfully completed Programme on Strategic Leadership at IIM, Ahmedabad He started his career as a Post Graduate Teacher in a Jesuit School in Bihar and then became the Vice-Principal and Principal of CBSE schools. Altogether he had put in 34 years of teaching including 20 years of administrative experience. His outstanding contributions to B.J.E.M school, Bhubaneswar has earned him National Award.

Some of his more works : 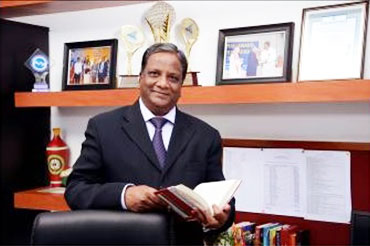